Get fresh music recommendations delivered to your inbox every Friday.
We've updated our Terms of Use. You can review the changes here.

Fear in the Valley: Live from the Den

by Joe Mansman and The Midnight Revival Band 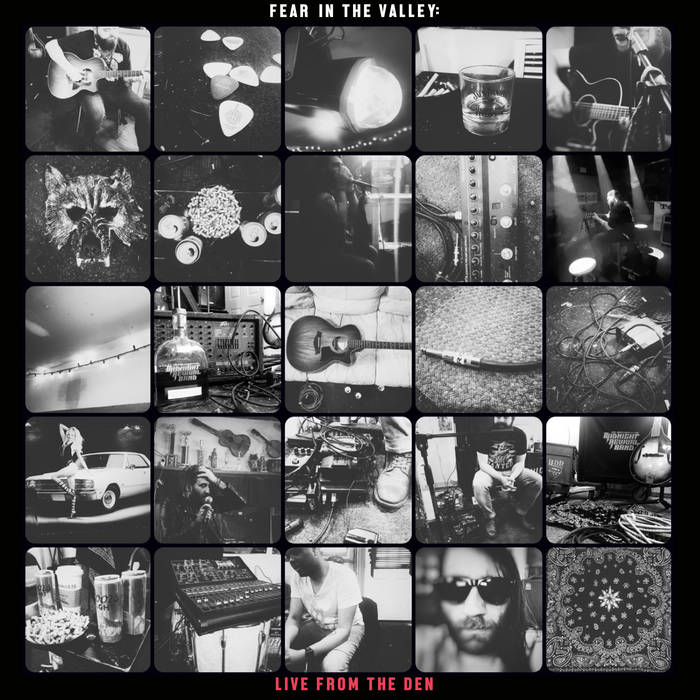 “When quarantine first started, it was the most bizarre feeling. There was an ominosity to it all, like everyone was at the same funeral, but all the guests were strangers. Masks eliminated any kind of familiarity with other people in your community because you never realized until now how much a facial expression added to the overall connection, and suddenly it wasn’t there anymore. Grocery stores were empty and unemployment was overwhelmed. It truly was the strangest time.

A small number of us would get together a few times a week to sustain any kind of feeling of normality. The few of us along with our manager Rob and crew member Schraver would just sit in our practice space, an old boat garage, and just exchange the latest news about everything going on in the world, just shaking our heads in disbelief between every sip of beer. There was at least some comfort sitting in that moldy and dusty room with people you love, because it felt more normal than what was going on outside of it. We took our acoustic guitars, and just hit the record button most nights, letting it take us wherever. That felt normal. To me, this record will forever serve as a time capsule that’ll remind me of how we found a little bit of comfort in a strange and uncertain moment in the world’s history.”
-Joe Mansman

Recorded at the band's Den of Thieves studio in Hudson Falls, NY between March, April, and May 2020.

Released by Switchblade Audio with permission from Music To Drown To LLC.

Bandcamp Daily  your guide to the world of Bandcamp

Frayle's Gwyn Strang and Sean Bilovecky join the show to talk about their cathartic new album.